We consume or use up food and things and those that are no longer useful or wanted, our excesses  and waste are being thrown away without being fully aware of where it goes and the impact it has on plants and animals and on Earth as a whole.

When I decided to experiment with mixed media, I wanted to challenge myself to create something out of the things that I already have at the time—my old bike rims, plastic trash, computer parts, etc.- things that I no longer need but may have a negative impact in nature when thrown away. As I was happy with the result of my initial experimentation, I later on decided to use a combination of plastic wrappers, bottle caps and plastic bottles, wire mesh, metal scraps, bicycle rim, copper wire, glass (marbles and beads) and other found objects in my mixed media work. I have faith that I can express myself further with this medium since I can also further my advocacy towards the protection and preservation of nature, by being eco-conscious.

There is an abundance of plastic materials and plastic waste around us. But during the initial stages of my experimentation, it was taking time before I get enough materials to work with since I was only depending on my personal trash. So, I started getting discarded bottle caps and plastic wrappers from relatives and neighbors, either from their personal consumption or from the sari-sari stores they owned. I realized, you can have an idea on a person’s lifestyle and tastes just by looking at his trash.

Baguio is also known for its wag-wag or second-hand industry so it’s where I get additional materials like old toys, kitchen utensils, women’s jewelry and accessories, buttons, marbles and glass beads.

It has also been a routine for me to ride my bicycle atleast twice a week as a form of relaxation and there were times when I passed by Mt. Ulap (near PHILEX mines), where more and more tourists have been flocking this year. I would see a lot of discarded drinking bottles nearby the junction so I would collect the caps as well.

When my wife and I went to Japan for an exhibition back in May 2016, we also had this idea to collect the plastic from the food that we consumed there. We then did the same for our Hong Kong and Taiwan trip. I thought it would be good to add those to my artwork since some have different writings or characters on the plastic, proof that plastic consumption and its impact is global. As any other tourist destinations, it is also one of the highlights to go to the local shopping districts where you get to sample of their local food, buy souvenirs and be exposed to the popular and material culture. It’s mind-boggling to see the scale of shops and flock of locals and tourists and it’s difficult to fathom the resulting amount of excess and trash thereafter.

Due to its many uses and advantages, plastic has become an integral part of our lives. We can help lessen its negative impact on earth by looking for sustainable alternatives or by reducing, re-using or recycling. I do my part with my art.

-Plastic is as colorful as oil paint and known for its resistance to environmental and biological degradation.

- Some plastic can be challenging to work with and shape.  Sometimes  as I continue to heat the plastic, I let it take its form. Its malleability gives an element of play which is vital in being an artist. When there is more play, the mind is free and there is more room for ideas.

-Its brilliance is further highlighted when mixed with glass and metal. 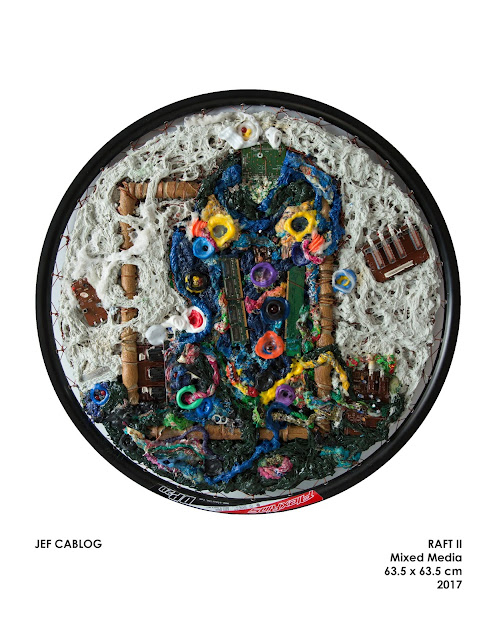 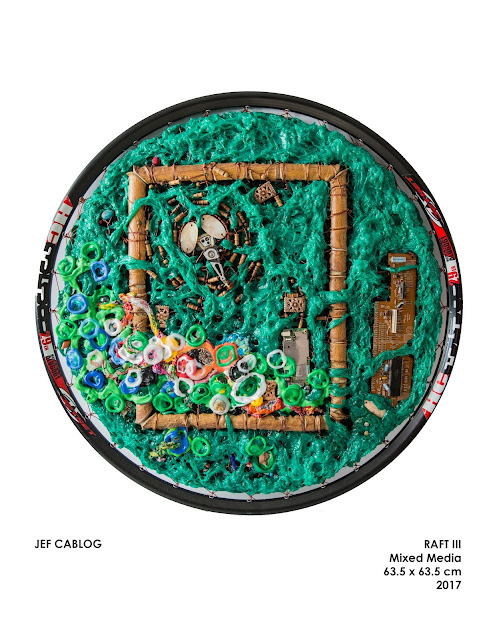 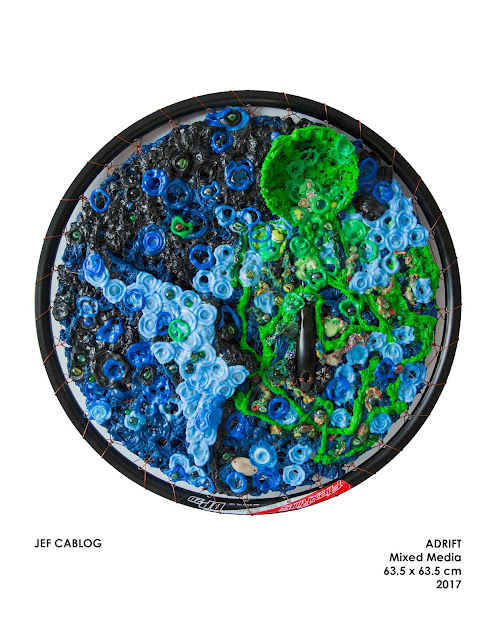 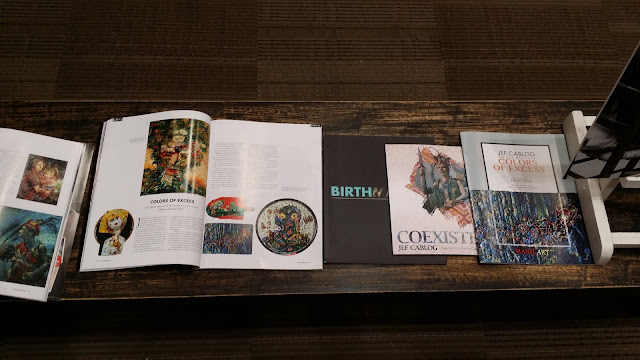 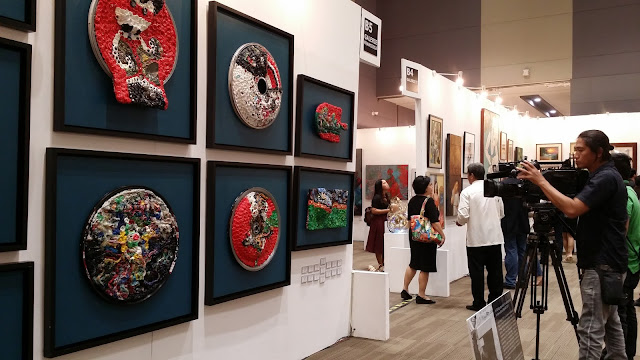 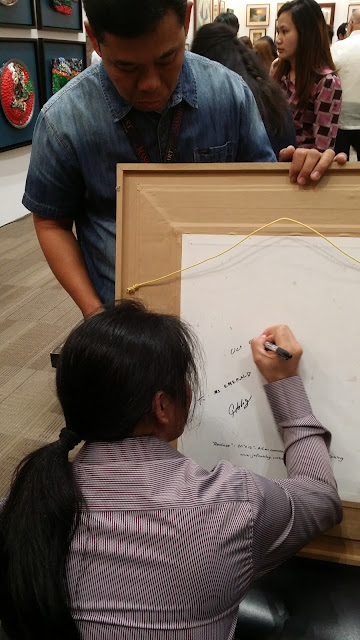 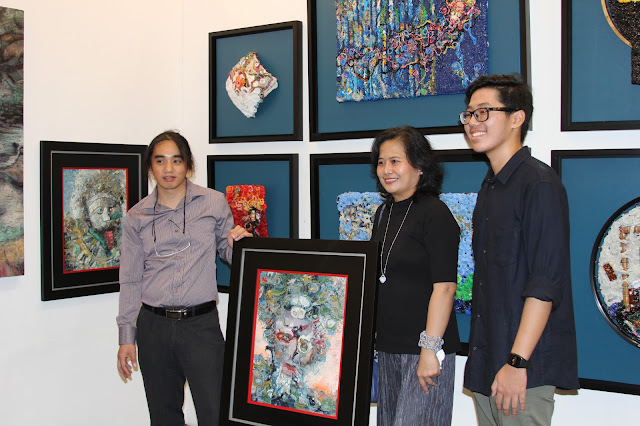 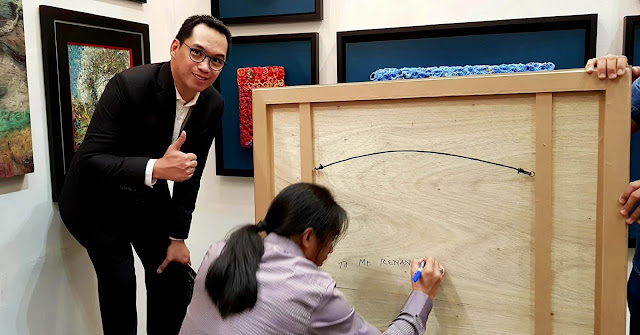 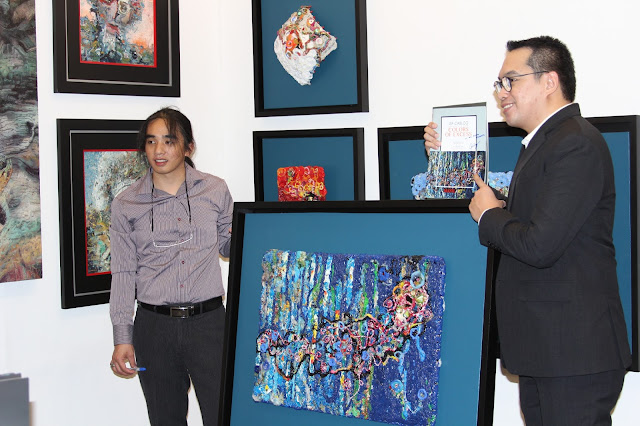 RAPPLER: IN PHOTOS: The classic, the quirky, and more at ManilArt 2017 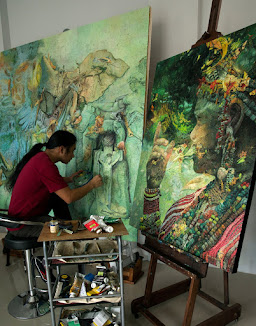 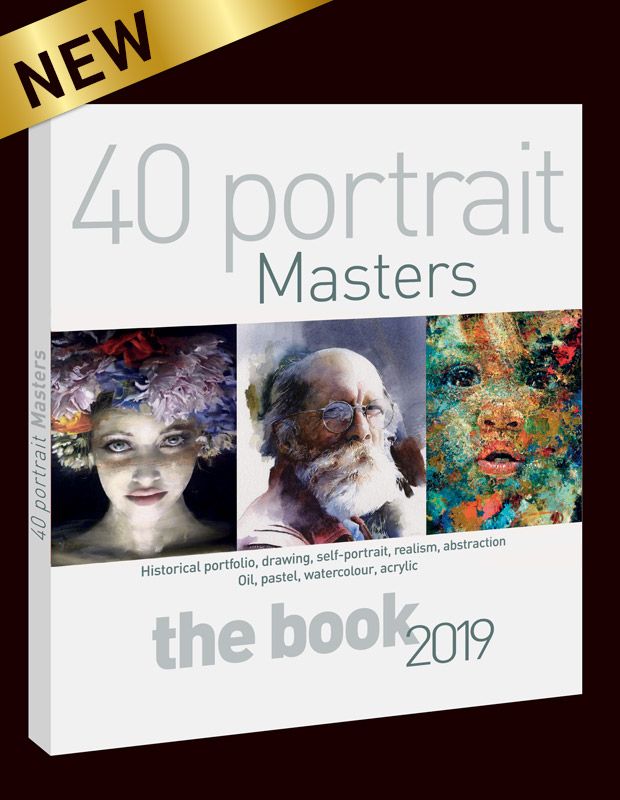 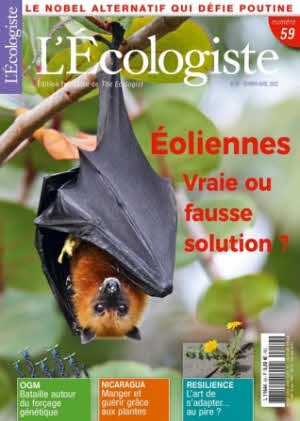 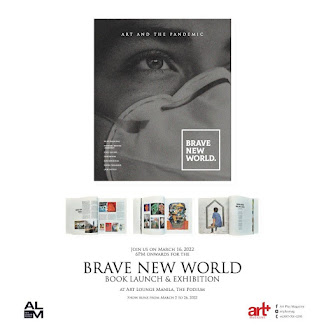 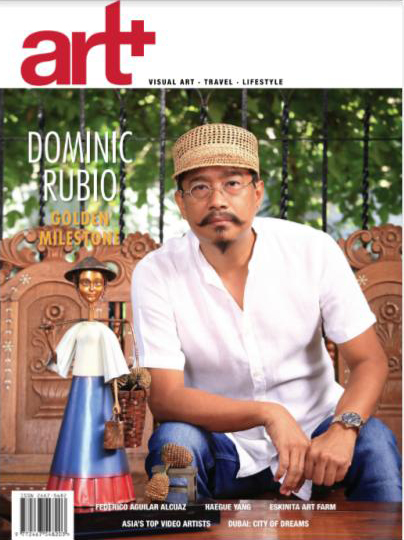 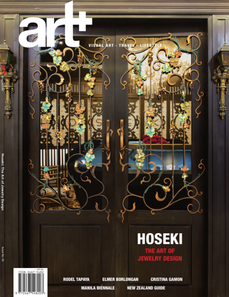 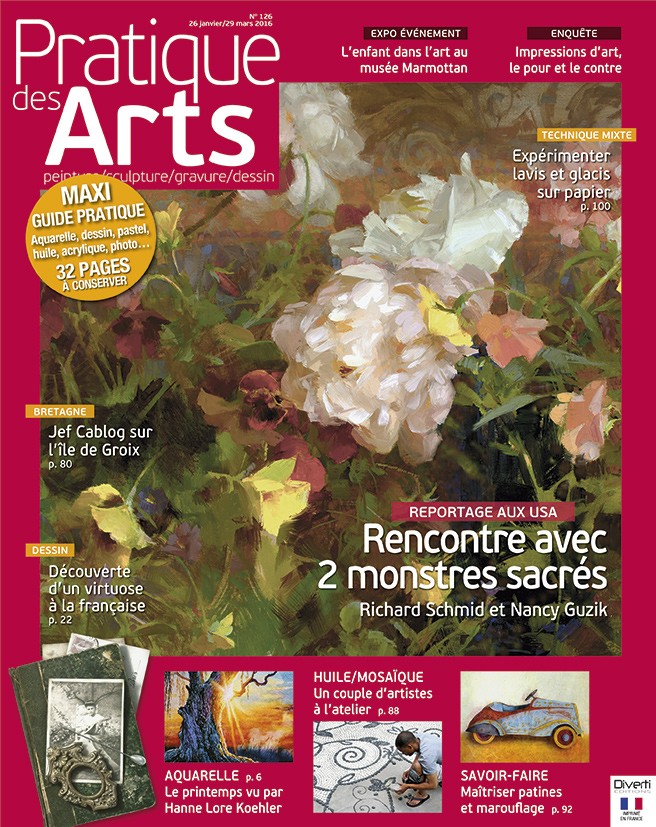 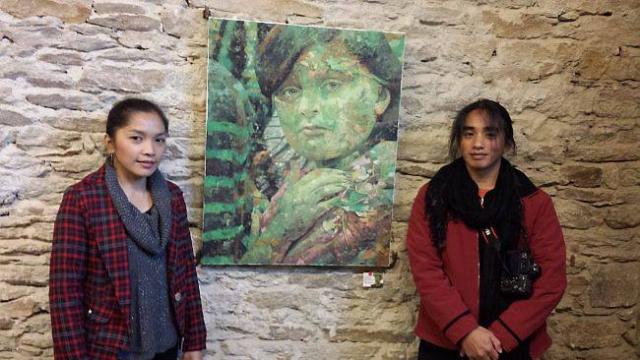 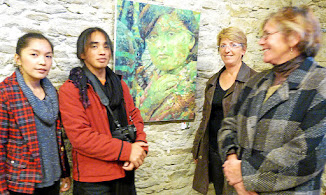 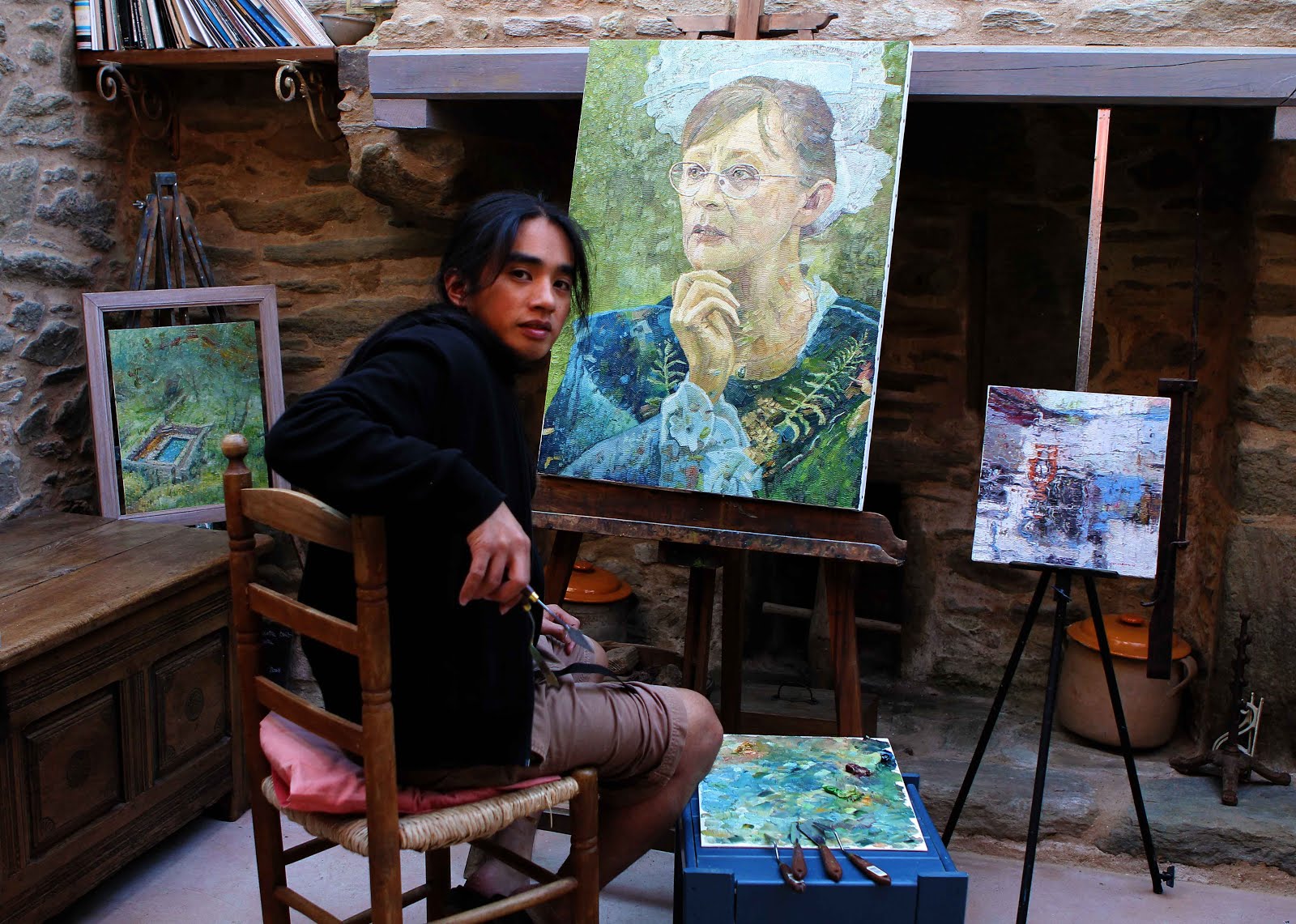 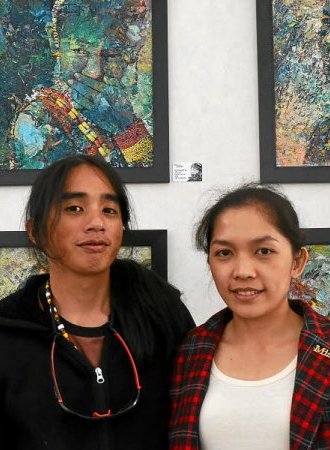 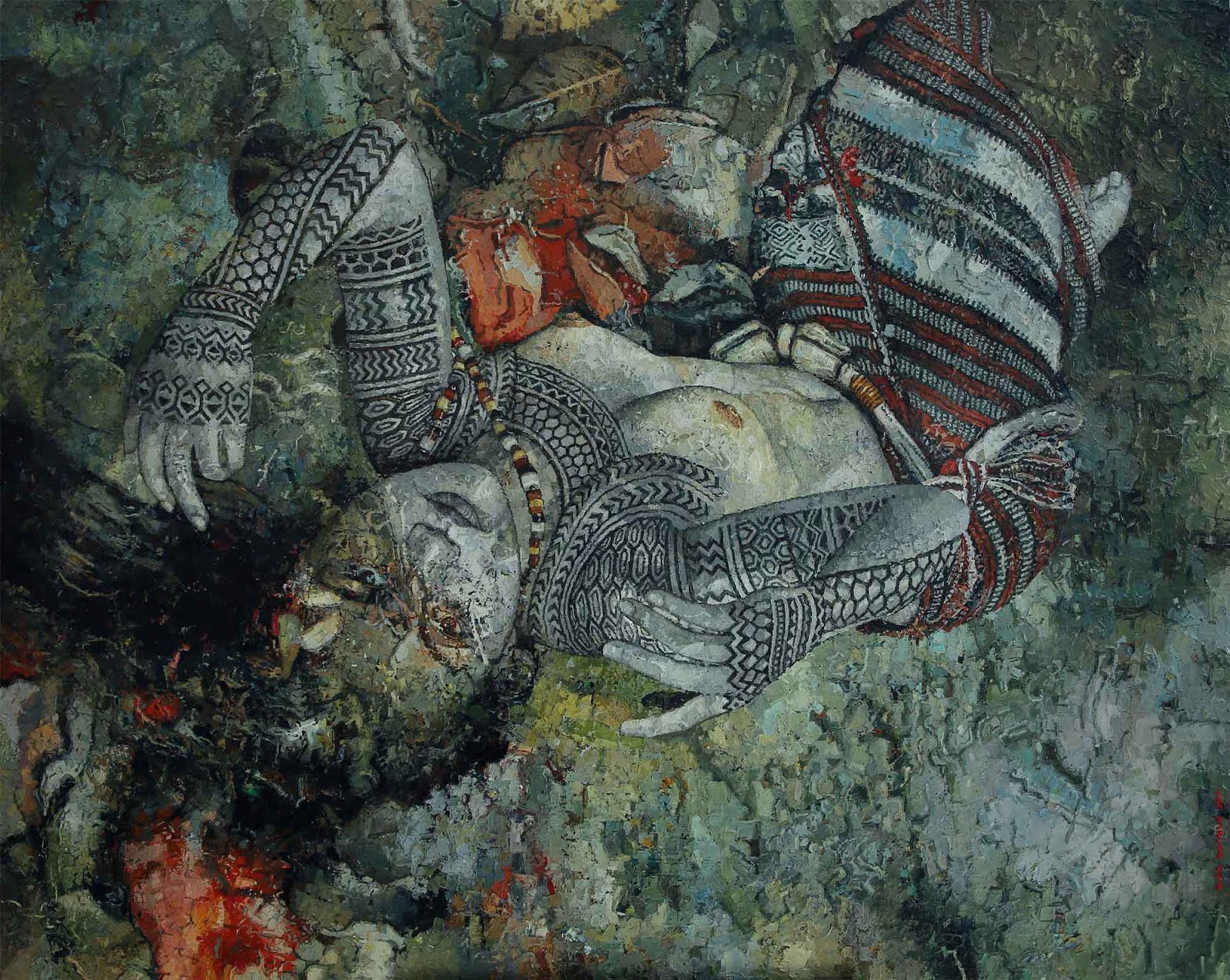 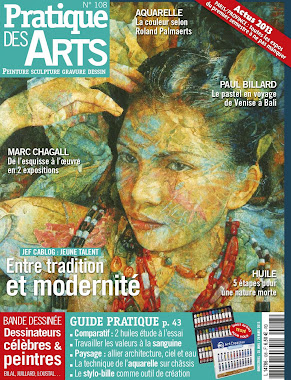 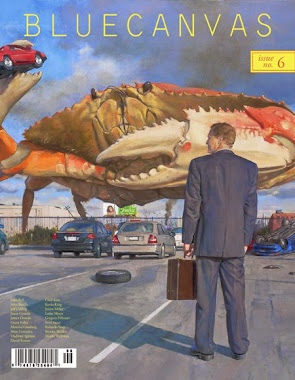 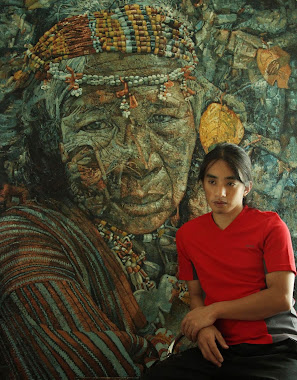 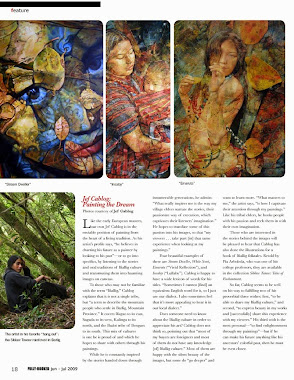